Tonopah has a small but serviceable convention center, with a main hall that has some sub-dividable space. (Measurements are from a visit we made in December 2019.) Watch our video below for a look around the facility.

To see how the convention center sits in relation to the Mizpah Hotel, we have also prepared this video of a walk between the two buildings. Note that at the start of the walk as our Chair starts walking toward the Belvada-Mizpah Hotels, you can also see the Old Tonopah Library (see below) to his right in the near distance.

For those people interested in the details, we have created a floor plan of the Tonopah Convention Center with measurements and room dimensions.

Below are photos from the convention center. 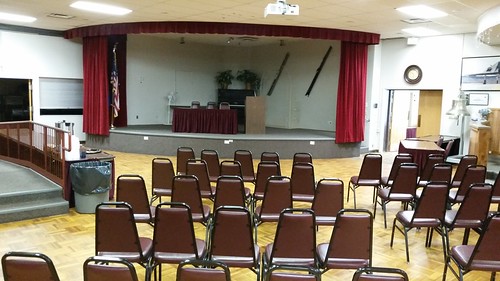 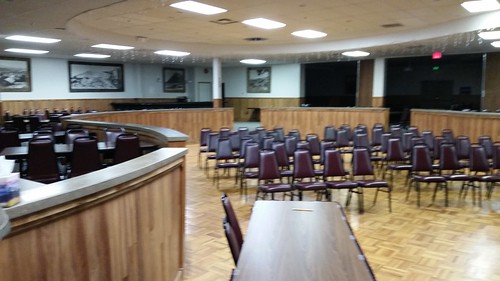 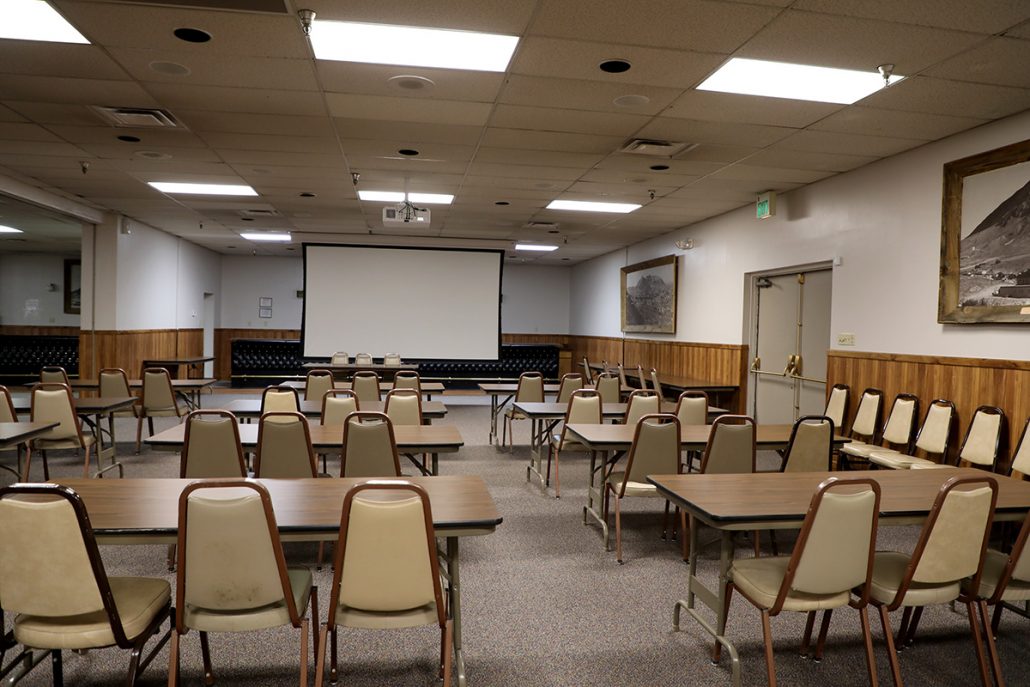 There are also two smaller separate meeting rooms. All rooms have built-in projection facilities. The convention center has complimentary wi-fi internet for the use of our members. 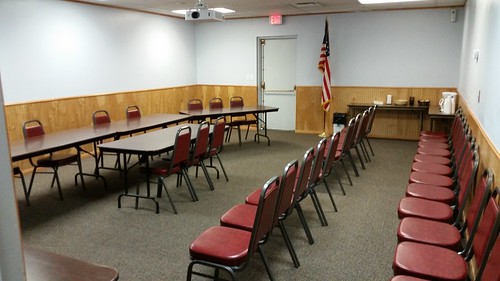 The convention center also includes a kitchen that we can use (included in our convention center rental). This includes refrigerators and warmers (to keep cold food cold and hot food hot), a microwave oven, large coffee makers, industrial-sized dish washing facilities, sinks, and cleaning supplies. It does not have full cooking facilities such as stoves, ovens, and grills. The kitchen has a serving window that opens onto the main hall, and food can also be served from the main bar area. 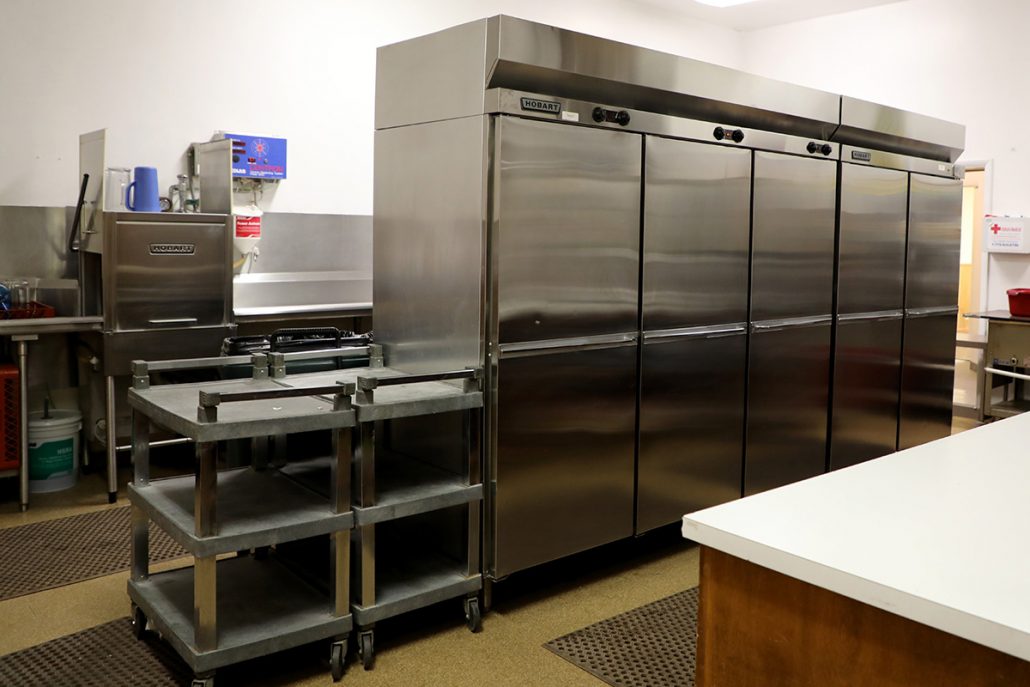 Also, located right outside the kitchen door and built into the side of the convention center is a barbecue area: 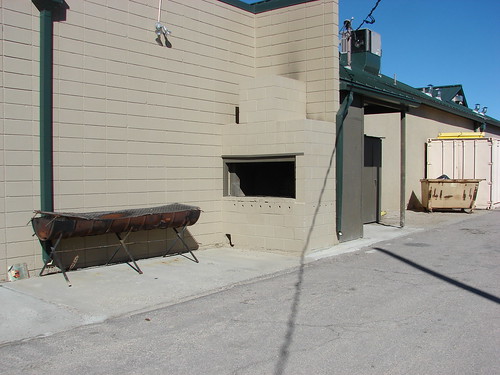 The convention center is ADA compliant, including accessible restrooms,… 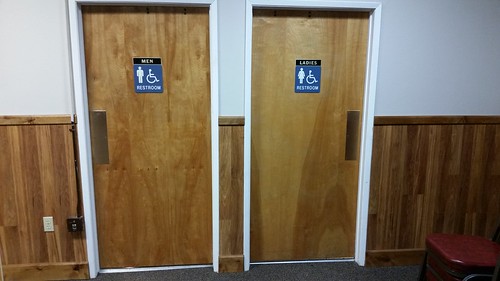 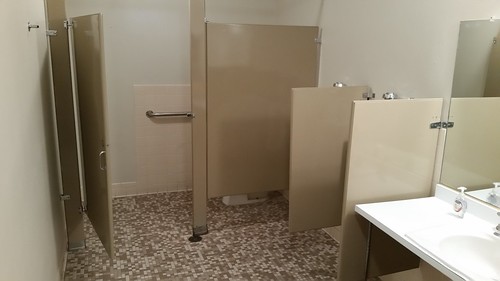 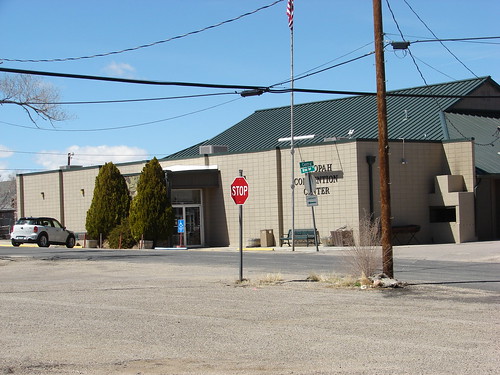 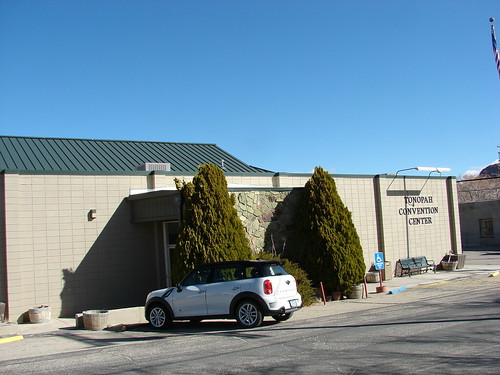 …and ramps between the lower and upper levels. 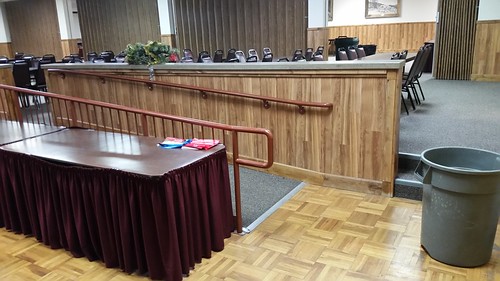 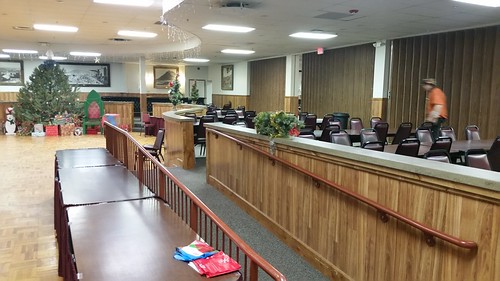 In response to certain inquiries, we checked with the convention center, and they do indeed have a refrigerated air conditioning system (not “swamp coolers”). The hotels of course are air conditioned as well. 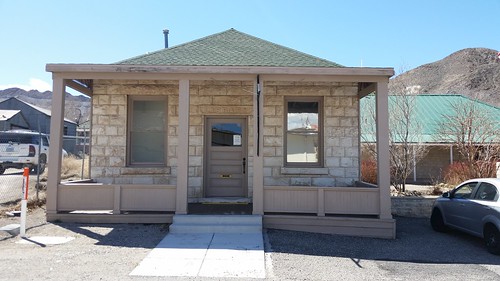 (Note: The Old Library has a ramp-accessible entrance at the rear of the building.)

The Mizpah Club ballroom, located above the Key Cafe, with a capacity of approximately 150 people in “theatre style with head table” layout, is approximately 920 ft / 280 m from the Convention Center. (The non-wheelchair-accessible walking route is approximately 680 ft / 210 m.) 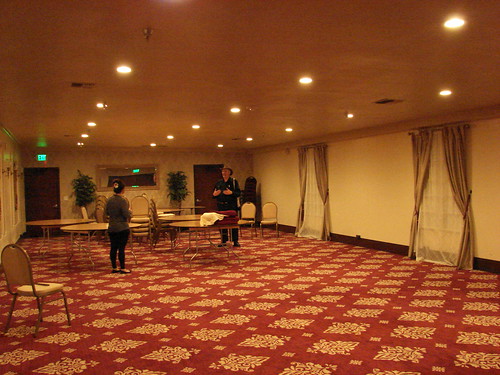 Access to the Banquet Room is by stairs or elevator outside the Key Club Cafe. It is not necessary to cross a casino floor or a smoking area to access the Mizpah Club function room. 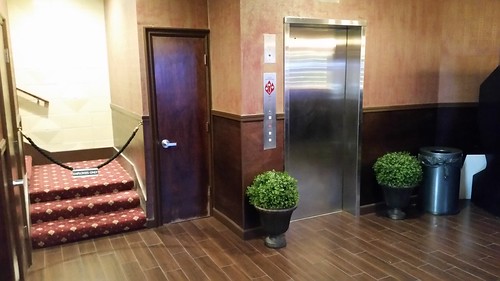 There is a small (15-person) conference room in the Mizpah Hotel, accessible by stairs or elevator. We are using this space for tabletop gaming. 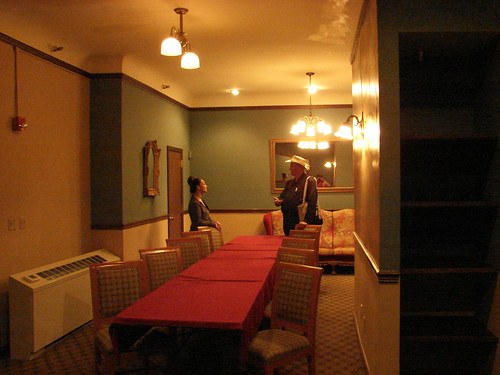 We will use the Belvada Hotel’s Nevada Club Room for general programming. 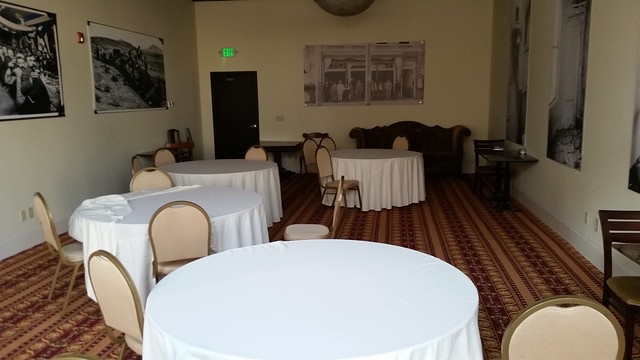 Kaffeklatches in the Safe Room (the original safe of the Nevada State Bank & Trust) on the ground floor of the Belvada Hotel. 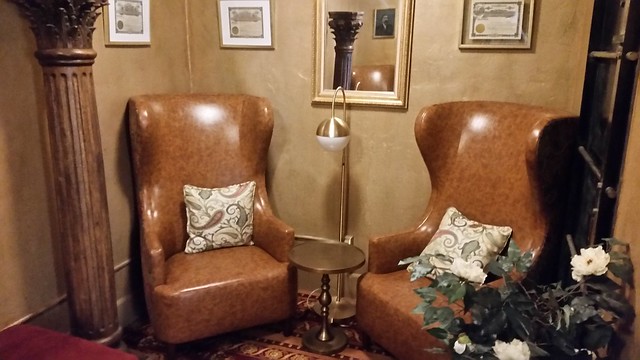